A 26-page PDF “manual to the Egyptian revolution” was circulating by email. “It contains a list of tools, clothes, marching routes and so on,” the email said. “Please spread using only email, home printers, and local photocopiers. Do not spread using Facebook or Twitter as they are heavily monitored by Egyptian intelligence.”

Remember the benevolent Bruce Willis character in “The Sixth Sense” who wandered through the whole movie not knowing he was dead? That was Harvey Weinstein, except for the benevolent part.

Tim Pawlenty, the former Minnesota governor who is flirting with a bid for president, has none of the usual campaign accoutrements. No tour bus, campaign manager or yard signs. Few Americans, in fact, even know his name. What Mr. Pawlenty does have is a beat reporter from Politico chronicling every utterance and movement of his noncampaign: a 25-year-old named Kendra Marr, who followed him through subzero temperatures last week equipped with a salt-coated Chevrolet Malibu rental, a laptop and a hand-held video camera.

Some American commentators have argued that Al Jazeera is somehow fanning Islamism and anti-Americanism with its coverage. But as Marc Lynch has pointed out, Egyptian citizens, like Tunisians before them, are so—justifiably—angry at their governments that it’s hard to imagine what new provocations the station could come up with. Similarly, concern about the relative strength of the Muslim Brotherhood, which espouses a fundamentalist strain of Islam and has championed and employed violence in the past, should be balanced against three other facts: (1) The Brotherhood has renounced violence and it has been active in Egyptian politics, transformed by an internal debate about whether and how to participate, for some time now; (2) Thus far, observers on the ground report that it is young, secular Egyptians who are leading this revolt; (3) The Islamist Muslim Brotherhood, the largest opposition organization in Egypt, is a first-rank enemy of Al Qaeda, and has been for decades. 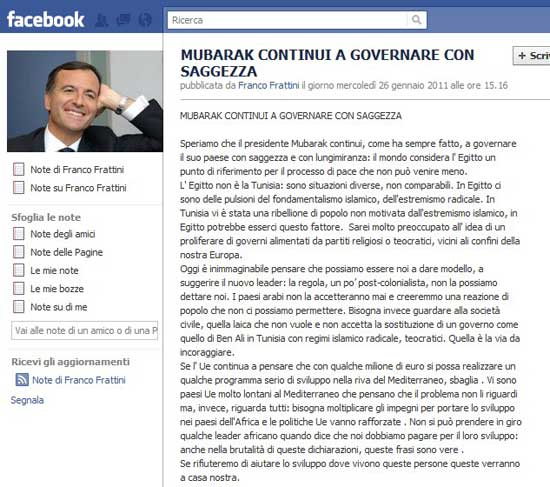 Writing on ProPublica.org, Richard Tofel noted that in the past, finding an outlet for a work of that size has been difficult due to the economics involved. The word length — somewhere between a long magazine story and a very short printed book — is not a natural fit for either format. But Jim Schachter at The New York Times and Tofel, ProPublica’s General Manager, agree that e-book publishing is rapidly changing the nature of those economics. The two organizations approach those calculations with different strategies.

LinkedIn says it has 85 million members, and analysts estimate the company had $200 million in revenues in 2010. On private online market SharesPost, LinkedIn has an implied valuation of over $2 billion.